A Day Late and a Dollar Short: the White House Addresses Sexual Violence 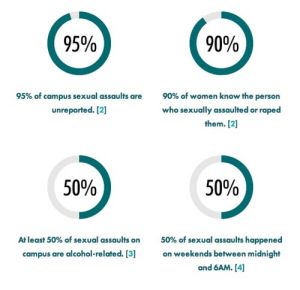 Last week the White House released the highly anticipated “The First Report of the White House Task Force to Protect Students From Sexual Assault.”  This task force is charged with coming up with recommendations and FAQ’s to help colleges deal with sexual violence as well as the often conflicting rules set up by the two government departments, the Department of Education and the Department of Justice.

As someone who has been working in the field of higher ed for over twenty years and doing sexual violence work for all of that time, the media frenzy this has incited makes me want to puke.  First, there’s the PSA’s.  Then there’s the 23 page report, listing all the components that schools need to be doing.  You can find that here, along with all kinds of other information for schools.  Then there’s the news coverage over the past week every time you turn on the radio or the tv.

First I want to say, “Hallelujah!  Praise Jesus! the White House gives a shit about rape!”  Why now?  After years of sweeping this issue under the rug and calling it a “women’s” issue, now the government cares?  The Violence Against Women Act has been in place since 1994.  It took 20 years to look at college campuses?  Really?  Is this because of all these high level investigations going on by the Office of Civil Rights, under the Department of Education?  Or is this all Joe Biden (don’t get me wrong, I think Biden gets it.)?

And in the meantime, is anyone going to take the time to talk about the schools that are doing it right or have been plugging along, with no funding and no support for years and years and years?  My department, which is primarily responsible for sexual violence prevention and education, has been staffed by a director and an administrative assistant since 1998.  Since 2008 we have gotten funding for 1/2 time graduate assistants, during the school year, to help with this work.  And this year, after being awarded a $300,000 grant by the Department of Justice’s Office for Violence Against Women, we hired our first full time person.  No one at my institution ever felt this topic rose to the level that hiring someone else was critical.  And I’m sure I’m not alone with my sisters (yes, most of them are sisters) running Women’s Centers or running Sexual Violence offices at most colleges and universities.

I mean, let’s just look at Harvard College for a minute.  They have had a sexual assault program, called the Office of Sexual Assault Prevention & Response.  A good colleague/friend of mine was their first director in 2003.  They’ve had two other Directors since and now include two other professional staff and two interns.  But even with this office in place, it appears that staff either do not connect students to this office or students are unaware of it.  Here is a recent open letter to Harvard published in their student newspaper.

Again, I question all this attention, now, to these issues because of high profile cases filed with the Office of Civil Rights.  Is this really what it had to come to?  Women having to file complaints with OCR to get their day in court?  And now, universities are scrambling to cover their asses, like I have never seen before.  Just do a simple search on higheredjobs.com for Title IX investigator.  I came up with seven positions.

Furthermore, posting the list of 55 schools who are being investigated, in my opinion, is just a scare tactic by the federal government to show universities that they are “serious” about sexual violence.  If you were so “serious” about it, why has it taken 20 years to actually start conducting these investigations?  Why is it only now that we have PSA’s of famous male actors talking to other men about being respectful to women.  Again, more puke.

Sexual violence has been a problem longer than any of us were alive.  No one has figured out how to stop it.  Globally it’s an epidemic that includes human trafficking.  But now that a few fancy privates, whose hallowed halls contain our next president or governor, are under attack, the government has decided to make this one of their top agenda items.

Don’t get me wrong, I’m all for ending rape, rape culture, domestic violence and stalking.  I’m just another female statistic who has experienced the full gamut, including the ever popular street harassment.  But I’m tired.  It’s tiring doing this work.  It’s tiring helping women become sexually assertive about their needs in a climate that teaches them to be passive and submissive.  It’s tiring begging for dollars and people.  It’s tiring asking administrators to pay attention to this. It’s tiring convincing people to come to the table.

And it’s tiring having to defend the issue.  Teaching sexual violence to young people is not easy.  So many of them have bought into the notion that women are to blame and, “oh those poor men who get accused of rape.”  There’s always that person in the room whose friend was wrongly accused by some lying scheming bitch (even though we know that false reports average under 8%).   I wrote in my blog last year about a young woman who blamed the victim in a skit on date rape for our first year students.  She said to the actress playing the rape victim “You deserve what you got and you should get off the floor crying like a little bitch.”  You can see my struggle.

I guess I will end by thanking the federal government, and the White House for finally giving a shit about rape.  Thanks for that.  But I ask you to question this media attention.  Ask why now, when it has been so prevalent in our culture for so long.  What is being done at the grammar school level to end rape culture? What is being done by the media that perpetuates it in so many ways, but especially with all the SVU Crime shows.   It’s too late, in many respects, to address prevention when they get to college.  But we do it anyway.  And now we do it because the federal government told me to.

Posted in Uncategorized and tagged rape culture, sexual assault, The White House. Bookmark the permalink.
Karen and the Car-T Cells
my feminist praxis