Twitter Facebook RSS Feed
← Standard Times Op-Ed: End Use of Racial Slurs for Mascots
The Pinking of the NFL → 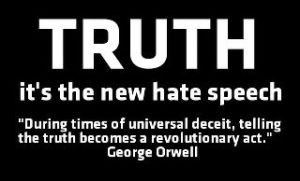 In September we brought over one thousand first year students (commonly called freshMEN at some institutions) to new student orientation.  I am part of a team of folks who teach the students about sexual violence, alcohol and diversity.  After viewing a theatrical performance, with actors who the students are allowed to question in character, the students break up into small groups with upper-class facilitators.

We gave them four scenarios to discuss if they were “bystanders” to each situation and how they would approach the situation using 3 “D’s”:  distract, direct, delegate.  One situation involved witnessing dating violence, another a potential sexual assault, another someone with potential alcohol poisoning and the last was overhearing a fellow student using the words “pussy” or “fag”.

What scenario do you think got the most push back by the incoming class?

The language one.  Many of our incoming students border between the Generation Y or Millennial generation and the new Generation Z.  Here are some comments on why THEY feel they should be able to use words like “pussy,” “fag,” and even the “n” word.

“It’s just a word, you shouldn’t be bothered by it.”

“I can say whatever I want.  If you’re offended, it’s not my problem.”

Boy, oh, boy have we got some learning to do!  These comments were very similar to the response to my Op-Ed, posted last week, about the Dartmouth High School mascot, the Indians.  One of the writers of their high school newspaper interviewed me about the controversy.  You can read it here.  Based on their responses to the reporter, it is clear that many of the students and some administrators are lacking in any type of social justice awareness.  No wonder the students entering as first year students don’t get language as powerful and potentially oppressive.  Their high schools could care less.

Why should I be surprised?  I learned absolutely nothing about racism, sexism, rape, etc. when I was in high school.  There was no critical analysis of the world’s problems.  I was taught what they thought every student needed to know to go to college.  Apparently not much has changed.  I have a good friend who is a high school history teacher and she constantly laments the lack of time she has to really teach young people the history of the world.  She showed them the movie Amistad and had  parents writing in complaining about how graphic it was.  It’s hard to teach about the enslavement of millions of people without being graphic.

I like to end my blog, in South Park style, with a suggestion on how we fix the problem, but in this case, I have no idea.  Transforming the K-12 educational curriculum needs to happen, particularly in respect to bullying, social justice issues, and sexual violence, but I have no idea where to start that movement.  I know that the Massachusetts Media Literacy Consortiumis working hard to get a media literacy curriculum into the K-12 school system, which would address some of those issues.

In the meantime, it’s up to parents to talk to their kids about this stuff.  If we are going to have an Indian mascot and no coursework on the Trail of Tears, we are leaving the student’s with only half of the story. 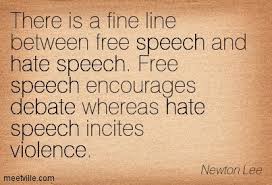