Twitter Facebook RSS Feed
← The Kilroys Challenge Theatres to Produce
I Don’t Need Feminism . . . Oh, But I Do! →

My Dear John Letter to the SCOTUS,

You make it hard for me to like you.  It is increasingly more difficult to appreciate the benefits of the three branches of government keeping each other in check, the way our forefathers designed this so-called democracy, based on your recent decisions. 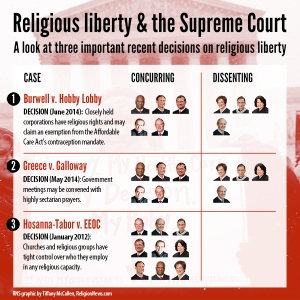 In fact, I have struggled with what to say about you for almost two weeks now, rendering me mute in my ability to articulate how frustrated I am with you. I know you are not ALL to blame, but as you are designed as a nine person decision making body who rules on two opinions, rarely consensus, you are still one branch of government. And even though I want to hug and kiss Judge Ginsberg, it won’t help. Women are still singled out for a prescription only THEY take. Just women. Don’t you find that troubling?  Women are singled out for being protected on their way to the abortion clinic.  Just women, because men don’t get pregnant, but you must know that.

I mean, hell, you only have three women on the bench out of the nine of you. Only two of you are people of color.  How that is any representation of the people of the United States of America is beyond me. 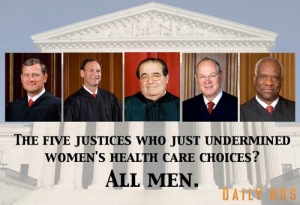 For today, I’d just like to break up.  I don’t need this third branch of government, not really elected by the people, to make laws about women’s bodies.  I will just have to vote for the right Senators and Representatives, like our own Elizabeth Warren, to make laws that help me, not hinder me via a decision that not only is discriminatory, but that is also tied to class.

Women are more likely to work at a store like Hobby Lobby.  And retail tends to be an industry where the pay is lower.  Women who are not allowed to cover their birth control with their employers health insurance then have to PAY OUT OF POCKET.  I would assume that most of these poor bastards are not living the high life and have tons of pocket change to spare.  This decision is on the backs of poor women.

And its a slippery slope.  You don’t want to cover contraceptives because corporations with religious leanings have rights?  What other rights will they have?  Not to hire Muslims?  Not to allow gay and lesbian workers to have their spouses covered?  Where will this lead?

So goodbye SCOTUS.  Good luck to you.  I’m sure you’ll all find work in the free marketplace.  I hear Hobby Lobby is hiring conservative folks just like you, Justice Kennedy, Justice Scalia, Justice Roberts, Justice Alito.  Maybe not you Justice Thomas.  I’m not sure their evangelical leanings support civil rights either.

I’ll remember the good times. The striking down of DOMA, for one.  And Roe V. Wade, of course, one of my favorites.  Brown v. Board of Education.  I could go on and on.  But these decisions are all in the past and I can see how divisive you have become.  I just can’t wait for one of you to die or retire so the balance will tip. 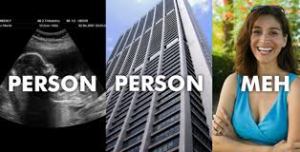 Juli L. Parker
Woman who has prevented pregnancy via birth control for over thirty years.

Posted in Uncategorized. Bookmark the permalink.